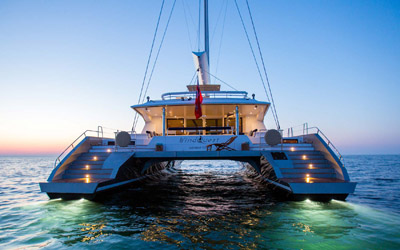 Let your dream vacation begin as you step aboard the luxury yacht WindQuest.

Her crew are ready to provide you a tailor made experience in sumptuous surroundings with something for every discerning traveler.

Charter Broker; "I also wanted to mention the captain and crew who went above and beyond to accommodate all requests ... Really wonderful work ethic and professionalism. We look forward to many more charters with WindQuest." 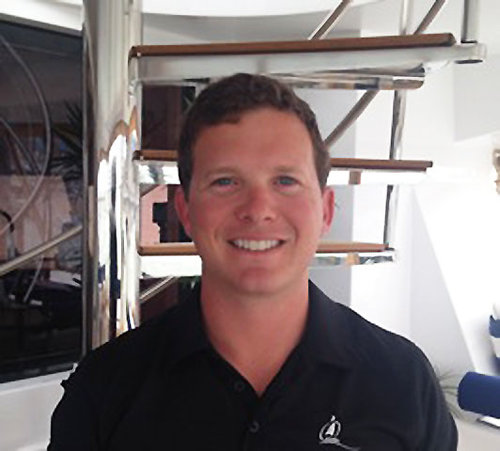 Drew Meyers has worked in the yachting industry for the last thirteen years and is excited to welcome you on board WindQuest! His contagious enthusiasm and intimate knowledge of the Caribbean islands help create a one-of-a-kind charter experience. His innate intellectual curiosity for marine exploration has created many one of a kind charter experiences for our lucky guests.

Growing up in New England Drew was always around the water, however it was not until college that he discovered the world of yachting. He took a year off University and sailed with three friends from Cape Cod to St Maarten.

It was during this adventure Drew discovered his passion for the ocean and decided to turn it into a career. After finishing his degree in Business Finance, Drew returned to the water and has remained on yachts ever since while also marrying and starting a family. Drew holds a Master of Yachts 200 Ton license and the secret to an unrivaled chocolate fudge sauce, be sure to ask for the recipe.

Ryan joined the Crew of WindQuest in 2016. He grew up in Connecticut, learning to sail at a young age and spending many days doing so on the Long Island Sound. In fact his dad insisted on having him at least sit on the family's 22-foot sailboat the day out of the hospital!

With a strong desire to spend time on the water he spent the summer months while at university working as the crew aboard a 50 foot Alden sailboat cruising throughout the waters of New England. After completing his degree in Marine Affairs from the University of Rhode Island, Ryan joined the crew of WindQuest. To date he has accumulated 50,000 nautical miles at sea, crossed the Atlantic 3 times, and holds his 200 Ton Captains License of which 10,000 of his sea miles were gained helming WindQuest during summer months in Captain Drew's absence.

With a strong love for the outdoors, the ocean, and sailing mixed with youthful personality and energy, Ryan hopes to help provide a delightful charter experience. 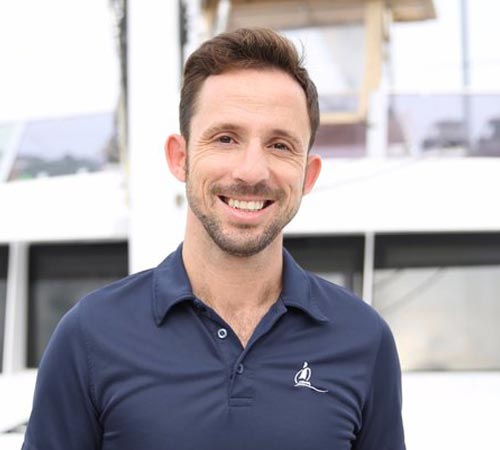 Passionate about service and a life at sea, Sean De Klerk fills the position of steward on board WindQuest. Growing up in Durban, Sean achieved his BA Honors degree at the University of Kwa-Zulu Natal.

Sean's extensive background in fine dining and hospitality, coupled with the maritime ethos of his home town, unsurprisingly lead Sean to a career in luxury yachting industry.

His fine dining and hospitality background has equipped him with an extensive knowledge of food, wine and cocktail service as well as a superb attention to detail concerning all things related to guest experiences.

Sean's warm and charming nature contributes in a unique way to the personable and tailored experience that all guests have on board WindQuest. 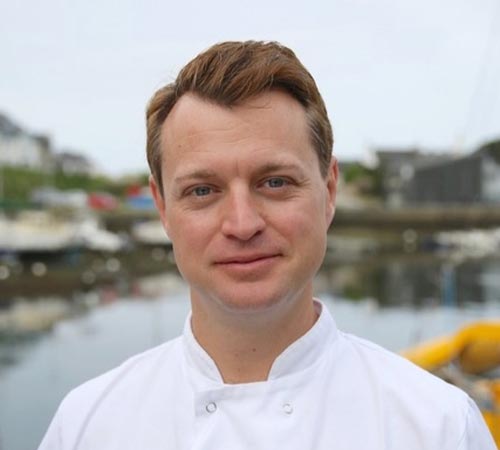 Robin has been in the yachting industry for 18 years and loves the challenges and rewards of working at sea.

Born in Ireland, Robin grew up with a wanderlust that lead him to a life at sea when he was in his early 20’s. Not many years later his path would cross with Drew and the adventures would begin.

Over the years his culinary talents have been honed by years of searching through diverse markets and trying exotic new produce from all over the world from Russia to Rotterdam and Vancouver to Vieques.

Whether you are coming on board for your first time or coming back for some more fun, Robin is looking forward to crafting you and your guests some delectable delights that will nourish the soul and enhance your stay. Sample culinary menu »

Catamaran Yacht WINDQUEST is Available For All Inclusive Charters in the Caribbean only.
Contact your yacht charter agent/broker for pricing & availability.

Approximately 3,400 square feet of living space. All bedrooms are ensuite with private bath.